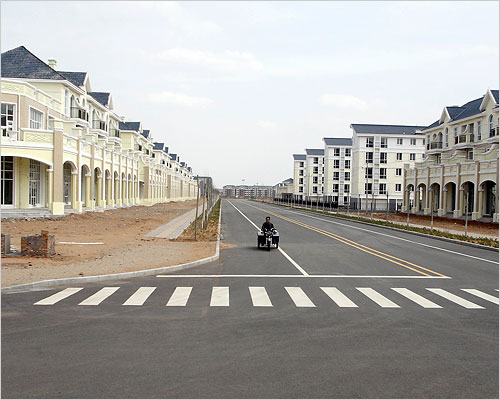 Posted by Hector the Crow on March 24, 2010 1 comment:
Email ThisBlogThis!Share to TwitterShare to FacebookShare to Pinterest
it takes effort to write reviews - to write crafty reviews - to exercise craftsmanship - i have to really want to - and lately i don't, want, to, do, much, of, anything, really,, commas, are, slowing, my, metabolism,, lulling, me, to, sleep, or, supine, inert, inaction. Everything broken up in winces, or pinches of flab, sniffing of finger tips, I should go back to smoking cigarettes, shouldn't I, wouldn't it solve everything, don't you think? It's okay, nobody reads or posts here anyway, that's the way the cookie crumbles. When I'm a critic again, the venue will still be standing around, like a Chinese neo-city, ready for expected life.

For now there ain't no crafts going on in this workshop, there's the assembly line, and there's assigned tasks, there's a system, if you got any questions, RTFM. I give this mood a D minus.
Posted by Hector the Crow on March 24, 2010 2 comments:
Email ThisBlogThis!Share to TwitterShare to FacebookShare to Pinterest

I'll never forget the first and last time I saw Shpongle. It was Shambhala, 2007. The world-class trance mage was coming all the way from the UK, right to our backyard, to party with us! Were we that cool? We guessed so. After the tequila, robitussin, bubble-hash, and amphetamines, I somehow correctly figured the day as Sunday, a Shambles miracle. That meant Shpongle on the beach stage. That was the plan, right? Sunday morning, the orgasm of the whole thing! Thing was, I had no happy juice left in me. I was popping E every hour just to stave off the downer. The bliss had degenerated to a sketched-out jitter, but it was energy, better than nothing. Sleep was nowhere on the horizon.

Hash was fuzzing out the crash, and I was so burned out I was beginning to get what raggae was about. I guessed I should go see Shpongle, it was about that time. I couldn't miss THIS, no matter how zombified I felt, no matter how meaningless everything was, especially music. Shpongle would somehow make everything alright. Shpongle live, an absurd prospect, what could I expect? Was this real? The woodsy paths to the beach were choked with fellow wastoids, converging toward Shpongelia, surging to get shpongled. When I got close to the beach stage, sure enough, I heard a track from the new album, bassified almost beyond recognition. Some crew had smoked DMT for this concresence, I found out later, synced just for Shpongle. I don't know how people can do that, crazy hippies, living what I wanted to be in theory. Shpongle, live, AND vaporized dimethyltryptamine, inhaled? That seems almost grotesquely gratuitous, and yet, oddly graceful. Or gravy, like we said, back in the day.

I squirmed through the throng, trying to get a glimpse, I figured I should do that, take a mental snapshot. So I got one. Some ordinary looking guy in a white baseball cap behind a mixing board, doing that record-spinny thing DJs do. Having a hazy picture of "Shpongle live", I decided I was done. I wasn't gelling with the music, or the scene, or life, really. I had some somas back at the camp, maybe they would knock me out and I could stop tweaking.

Sorry, I wish I had a better "seeing Shpongle live" anecdote than that. I've never claimed to be a journalist.

Now, about Shpongle's newest album. Well, "newest album" is a misnomer. "Ineffable Mysteries" sounds like a precursor, which is not good for a fourth release. Everything that sounded so gloriously transhuman in their last three records has been re-shuffled and splayed out in a formula. I wish I could say this is an "apotheosis", but it's more self-parody. It's an adroit demonstration of all the Shpongelian production techniques thus far perfected. Every one of them, no shit. It's the tubular bells midi concerto for orchestra, all 128 patches! Plenty of boy-yoing pitch-modulated drums. The robot vowelizer is back, and he won't go away. That exotic  boundary-dissolving Shpongle sound you adore, you loyal fan? It's uber-exotic this time around, because there's more middle eastern scales per capita than the last three discs put together. Track two is Arabian-scale guitar over raggae. It's the Oreo Pizza philosophy: throwing things together because it hasn't been done, probably.

Basically, there's no point to this album. They did this shit better, way way better, with Are You Shpongled, Tales of the Inexpressible, and Nothing Lasts. It's a step backward, and not in a nostalgic way. Even the album title is goddamn shoddy. Ineffable Mysteries? C'mon, man, listen to yourself! I'm not being fair, I know. I cut them slack on the first three, and then decide this one gets no mercy, so I can be a bitchy critic, like I wanted to be. It has its moments of lysergic virtuosity that kick ass in a way no one else can. They're just scattered so thin that they're not worth mentioning.

I caught an interview with Shpongle, the band, on tour, prior to a show in Russia. DJ Simon and his crew of beautiful glittering freaks still seem to be a groovy bunch of people, funny and sardonic as fuck, which reminds me that you can be stoned on acid 24/7 and still be cool. I thought their last album was going to be their Last Album. "Nothing lasts... But Nothing is Lost", what a title for a closer. That would have been such a high note to go out on.

It sounds very pretty, like always. It's pretty good musical wallpaper - so that's kinda like high praise, since that's the main function of music nowadays. It's very "functional", like for the chill-out room, and Soma FM. But Shpongle is no longer the mage. The magic is gone. It's been Penn and Tellerized, through excessive exposition. Also, the people tripping samples are getting ridiculous, though I appreciate the intent more than one should decently say. This album sounds like what I would have done in 2003 if I'd gone mad with power – and then got really tired, and farmed out the project to hack producers in the mixing stage.

I'm not going to delete it from my hard-drive. I'm sure I'll find a function for it. Or a brand of cough-syrup that brings out its subtleties.
Posted by Hector the Crow on March 06, 2010 No comments:
Email ThisBlogThis!Share to TwitterShare to FacebookShare to Pinterest
Newer Posts Older Posts Home
Subscribe to: Posts (Atom)