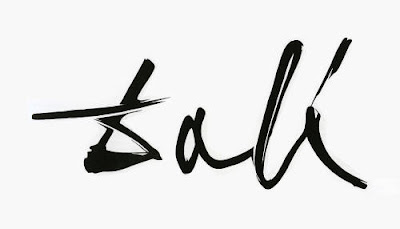 
the city of st petersburg, fla is host to one of the most extensive collections of dali art in the world. recently the museum moved all of their treasures into a much ballyhooed and fundraised new campus where the art will be protected from even category five hurricanes. this is important when you're on the waterfront in florida-- even if no hurricanes have hit the burg since 1930 something.   i'd google it but the point is, the odds must be narrowing so it's good they built this stormproof house for the works of the father of reality tv.   the plain  concrete square  bursts  into glass bubbles  that flow around the structure . on the  bay side  the bubble goes up  3  stories


the design is supposed to enhance the works of the mad pioneer of personality cults. still trying to decide if dali is  smiling  down from  the halucinogenic toreador or is turning in his grave. i think he'd like the marketing

but about those galleries. i felt squeezed, overwhelmed, poked in the face with a surrealistic knob on a stick. the loss of the former house's two story vantage point over the gigantic halucinogenic toreador, Galacidalacidesoxiribunucleicacid and discovery of america is sorely felt. these gargantuans, formerly displayed together in a large viewing area where you could see them at different levels are now crowded into their own separate alcoves. the head of lincoln at twenty meters is almost lost in the crowds that stagger and shuffle for space between paintings packed like sardines on the walls. the main loss i feel in the new house is lack of white space. viewing so much dali at once requires time to contemplate the messages, colors and images . the former galleries had this space. you wandered from painting to painting, with the persistence of the last in your head until you encountered the next. no time or space for that in the new house. it's almost as if they purposely designed it for herding. it was hard for me to get lost in his paintings as i have previously been able to. in the final analysis for this viewer, too much attention was paid to the building and monetizing, not enough to the actual display of the art. an average experience. i don't think dali would have liked that characterization.
Posted by hiccup on January 23, 2012
Email ThisBlogThis!Share to TwitterShare to FacebookShare to Pinterest