not alone and afraid in a world you never made 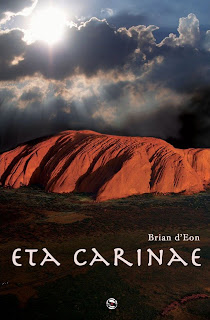 Ever notice how things fall into patterns, stay in rote sequence, become routine, numb the mind, eventually strip the sheen off all the pre-existence magic? That's often my observation, anyway. Existence gets to feeling desolate. Sure, I'll take it anyway, what, I'm gonna opt out of the whole shebang cause I feel bored with it sometimes, even, well, most of the time? Cause it's easy to get wrapped up in little dramas that are culture-bound and seem to meaning nothing beyond a rarefied context. But how can this guy ever feel anything as mundane, given the amount of poetic prose that's so apropos in describing the fraction of what he knows about the fraction of what's known about the reality that gave rise to a universe that allowed his little moment of looking back at it? Maybe the ability to feel ennui is the greatest miracle there ever was.

So what is there outside the cultural cul-de-sac? Ultimately, the cosmos. It's a maddening puzzle how human inventions and conventions like numbers and their use in measurement and models allowed our understanding of so much of it. Still more amazing, the profound pointlessness of the Higgs boson, or stars, other than, of course, to have allowed for the processes that warmed this solar rock so I could reflect on it at some vantage sandwiched between a blog post and a cup of coffee. Overall, there's a feeling of isolation. My home, an accident of birth, can be a compelling distraction a lot of the time. I can become lost in many types of games, video games, money games, but with so many layers of synthetic structure, "home" is more a hostel in downtown crazy, lights-years from anything basic or primary, under the burden of human nature, itself bound to the cruel mechanics of the biosphere.

But it's true that some of those who are the most isolated in a personal sense are also the most connected to a kind of kinship with the universe that transcends the scope of social relationships, for instance, great scientific observers who spend large chunks of their lives in remote and lonely locations, underground tunnels built for accelerating sub-atomic particles, astronomical observatories on mountaintops, to study the extremes of nature - likewise, shamans and psychologists who explore dreams and inner-space. In this novella, Brian d'Eon tells a story of people at opposite ends of a cultural spectrum, against a backdrop of interstellar extremes. It's a compelling story, well worth an e-read.

Patrick Mahoney, a parks and aboriginal affairs minister in the Australian Government, is faced with the horrifying scenario of having all that sweet sweet Ayer's Rock tourism revenue dry up in the event of a shut-down by locals. He sends James Cook, the department's token native-Australian, to find out what's going on while lending them PC-cred. On the bus to Alice Springs, James meets Pam, a journalist. She's also an anthropologist, it turns out, with the extraordinary distinction, for a white person, of being fluent in Pitjantajara.

Meanwhile, Frank Peterson and some fellow astronomers at the Mt. Stromlo observatory, have noticed that a nearby star, Eta Carinae, seems to have unexpectedly gone supernova. These events and worlds converge as James and Pam make contact with Billy, an aboriginal elder who claims to have dreamed of James before their meeting. He also has some independent insight into the exploding star that so surprised the scientific community. Here the story begins to take on apocalyptic suggestions as the implications of heavy particles arriving from such a relatively nearby celestial object are mulled over by the characters. The shut-down of the airport and entire park around Ayer's Rock that kicked off events at the political level is explained by the elder merely as preparation for "a coming change".

In the latter half of the story, opposing culture-rooted ways of thought collide with interesting results, and we see how shamans as well as scientists arrive at knowledge in different ways. Some indigenous traditions have survived despite the dominance of western culture. The story is immersive in its imagistic detail and sensitivity to local flavour. It ends with the sort of transcendent feel I get from my favourite science fiction writers, like Arthur C. Clarke, and Carl Sagan. It's a quick read, less verbose than my review, and highly recommended.
Posted by Hector the Crow on April 22, 2013
Email ThisBlogThis!Share to TwitterShare to FacebookShare to Pinterest